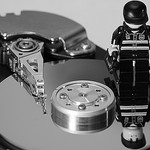 During the keynote for TechEd North America 2013, Microsoft announced the planned release of SQL Server 2014.  As part of this announcement, AlwaysOn Availability Groups will now support up to 8 readable secondaries, and include a number of improvements that will improve stability.  While it hasn’t been announced yet, it is probably safe to assume that many of these changes will primarily benefit the Enterprise Edition of SQL Server 2014.

Over drinks on Monday night, a few of us were left wondering, will SQL Server 2014 include a supported, non-deprecated, high-availability solution in Standard Edition?

As a result, in SQL Server 2012, there are two actual high availability solutions native to standard edition.  Of those, only failover clustering is future proof and can be expected to be around well into future SQL Server releases.

Should Microsoft Do More?

When SQL Server 2014 is released, will this be the continued answer moving forward?  If so, as a customer, looking to the future, knowing that database mirroring will not be available changes the conversation on what a future architecture could look like.  The chances that other database platforms will become an option increase when you don’t know what the future on your environment will allow.  We need to know the story for database mirroring customers going into the future.

One option would be to tell all database mirroring customers that going forward, they should consider failover clustering as the standard edition high availability solution.  While this would satisfy the high availability need in Standard edition, it brings on issues of cost.  Failover clustering requires additional hardware investments that the customer may not be able to afford.  Those additional costs might be directly related to why they chose to purchase standard edition.

Also, failover clustering is an instance level high availability solution, your applications might need the ability to only move specific database between instances.  For instance, if two databases become active to the point where a failover is needed to split the workload and ensure that the databases remain available.  In this scenario, failover clustering would not provide the availability required.

Now one of the things you may have noticed was in the argument against failover clustering, the primary argument against was the additional hardware cost.  This brings about a conundrum, because database mirroring and an availability group secondary would also incur a hardware cost, but it shouldn’t need to. Microsoft can do a little bit more with SQL Server 2014 Standard edition to help with this.  As an addition to the one secondary, Microsoft should also allow an asynchronous Azure-hosted secondary that supports read-only access.  This additional instance aligns with Microsoft’s desire to move to the cloud and would provide a little bit more than database mirroring to standard edition customers.

Microsoft needs a SQL Server 2014 Standard edition path for database mirroring customers.  The most logical and useful of these would be to migrate those customers to a subset of Availability Groups that maps to database mirroring features.  Along with that, Microsoft should expand on those features and provide an Azure enabled feature set to help drive their internal cloud plans and to provide customers with new and interesting ways to deploy their applications.  It is critical that this is done with SQL Server 2014 to provide customers with a full version cycle to adopt the changes and work with barriers to the deployment while being able to rely on features that they currently use and will lose in the future.